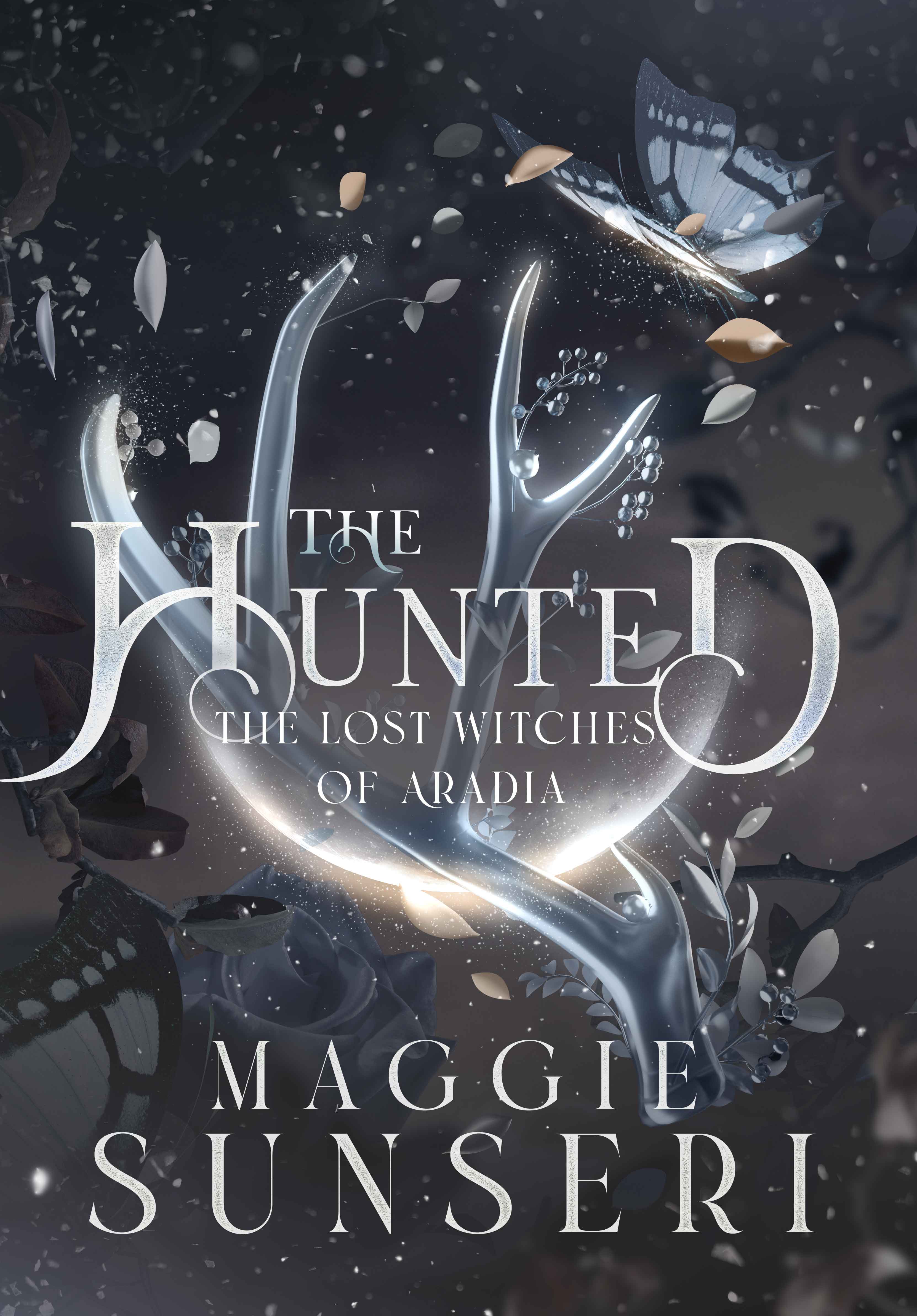 The Hunted (The Lost Witches of Aradia — Book 4)

Áine and Daelon believe they’ve escaped to freedom, but Lucius has marked Áine as his and promises it’s only a matter of time before he makes his claim.

Iciera is a land untouched by the Shadow King’s evil reign, and Áine and Daelon must convince the witches who live there that joining the fight for Aradia’s restoration is the only way it will remain protected. Despite being plagued by nightmares and worry for the allies and friends they left behind, Áine and Daelon find themselves embraced by the Icieran people. While they train for the battles to come, they must also prepare for the lengths that Lucius will go to make Áine his Queen.

As Daelon discovers just how deep his bond with Áine runs, Lucius works tirelessly to convince Áine that it is the connection between the two of them that’s truly the strongest force in the universe.

The Hunted is the addictive, fast-paced fourth installment in The Lost Witches of Aradia series. Grab a copy today and fall under Áine’s spell as she guides you through a compelling journey through her multidimensional reality.

Available at These Retailers:

Mark to be read on or leave a review: